Monsoons have commenced in full-fledged force, and the craze for Sahyadri treks have gone high. People are going bonkers and are flocking to famous places in Maharashtra to witness the magic of monsoon. However, this kind of rush has been deteriorating the atmosphere of these surreal environments. Also putting unnecessary pressure on the natives of these particular regions while hampering their personal lives.

Hence, the village Panchayat and Government or Forest Official have to take strict actions like banning individual treks to stop the chaos. Most Waterfalls near Mumbai, Pune, Karjat, Lonavala, Khopoli, Murbad and many more regions banned during monsoon. The first weekend in July witnessed the following number of people Devkund 3000 plus, Andharban 2000 plus, Lohagad 2000, Visapur 2000, Harihar Fort 2000.

Treks and Trails India has curated a unique list of treks where the crowd is less and fun is the most. We present to you five of such amazing treks where the beauty of the natural environment is unbothered; dreamy vistas are a treat to sore eyes, and one can trek in peace with their squad.

1. Ratangad Fort Trek
This gorgeous fort stands tall at 4255 feet, overlooking the Ghanachakkar hill range. Ratangad resides in the dramatic landscapes with dense jungles on one side and the extensively stretched Bhandardara Lake on the other side. The trail passes through thick foliage along the banks of the Pravara River. Refreshing to trek Ratangad during monsoons as the route is blossoming with shades of green, beautiful flowers and enchanting waterfalls. One can also witness the natural rock void, which has a rising angle at the top known as Nedhe or the eye of the needle deemed due to its structure. The summit of the fort offers its spectators amazing views of Alang, Kulang, Madan, Harishchandragad, Kalsubai, and Ajoba. The sweeping vista of the Bhandardara Dam gives sheer peace and pleasure.

2. Kothaligad Fort Trek
Kothaligad is a small funnel-shaped fort elevated at 3100 feet. It is called Kothaligad due to its internally excavated winding stairs to reach the top of the fort. During monsoons, the trail is flowing with trickling water. The merging of clouds and waterfalls along the plateau walls is the best in this season. The funnel-shaped pinnacle draped in mist which gives it a heavenly look. There is a small temple, a string of caves, and a rainwater cistern at the base of the fort.  Next, to the Bhairoba cave, there is a sequence of carved rock 87 steps from within the funnel leading to the summit. This fort surrounded with views of mountains like Bhimashankar, Rajmachi, Dhak, Siddhagad, and Prabalgad.

3. Rajmachi & Kondane caves Trek
A favorite among the trekkers, Rajmachi will make you fall in love with it at the very first sight. It is the best combination of history, nature, climbing, walking, and descending. During the rainy season, the fort enveloped with fog and mist. Encircled by massive waterfalls during monsoon you can witness the mesmerizing Kataldhar waterfall from Shrivardhan Fort. Shrivardhan is the highest point of Rajmachi. Its bastions and fortification wall are still intact. The fascinating pinnacle of Dhak-Bhairi and Shirota Lake beside it vividly seen from here. The adjoining valleys and waterfalls conflated with lush green dense forests give a spectacular view. One can descend Rajmachi from the dense forest, which leads to Kondane caves. They are renowned relic carved Buddhist caves. One gets to sit under a beautiful heavenly waterfall emerging from the top of the cave during heavy rains.

4. Korigad Fort Trek
Korigad constructed in the 15th century near the Savashni Ghat, which connects Lonavala and Pali. Korigad fortification is still intact and in a good structure. This ancient fort was a part of Chhatrapati Shivaji Maharaj legacy and held a pivotal role during his reign. Korigad is gifted with dense green gorges, hypnotizing landscapes, numerous waterfalls and vast lakes throughout the trail. There is a temple of Goddess Korai Devi along with several smaller temples dedicated to Vishnu and Shiva on the top of the fort. There are six bombard cannons scattered around. The wall of this fort is intact entirely, and one can walk along its entire perimeter (about 2 km). One can site Nagphani Point, Tung, Tikona, Matheran, Prabalgad, Karnala and Manikgad ranges from the summit.  Koraidevi Temple has been recently renovated and has a 3 feet high Deepmala. It is a perfect trek for beginners, kids, and family. Sahyadri Fort with ample space to accommodate people.

5. Sondai Fort Trek
One of the least explored and relatively lesser known fort; Sondai, is a part of the Matheran mountain range. Sondai fort does not have any structural remnants, but the magnificent vistas it tenders and the finishing 15ft of rock patch makes it an adventurous experience. This fort named after Goddess Sondai, which has a temple at the top of the mountain. During monsoon, the countryside is budding and wrapped in fog and mist which gives it a majestic look. At the top of the fort, there is a small plateau with the idol of Goddess Sondai sitting peacefully under a tree. One can glimpse the peaks of Irshalgad, Prabalgad, backwaters of Morbe dam and Vavarle reservoir. Sondai is a comparatively an easy trek; it has got quite a few rock patches.

Showing 5 of 5 trips Sort by 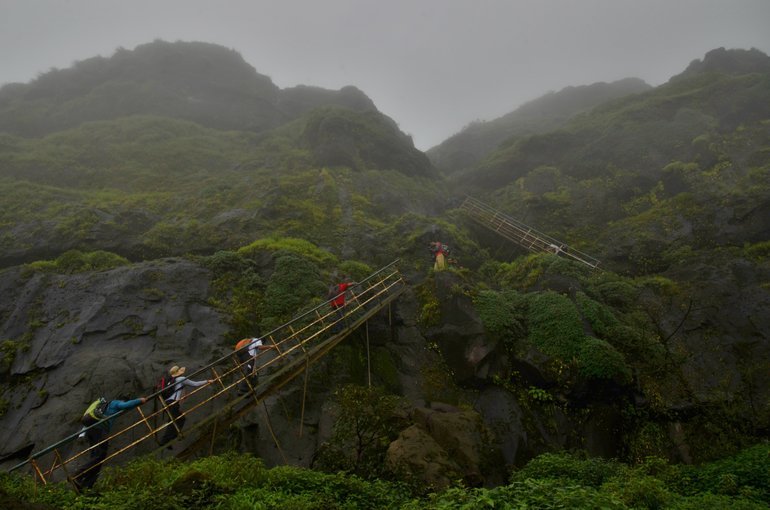 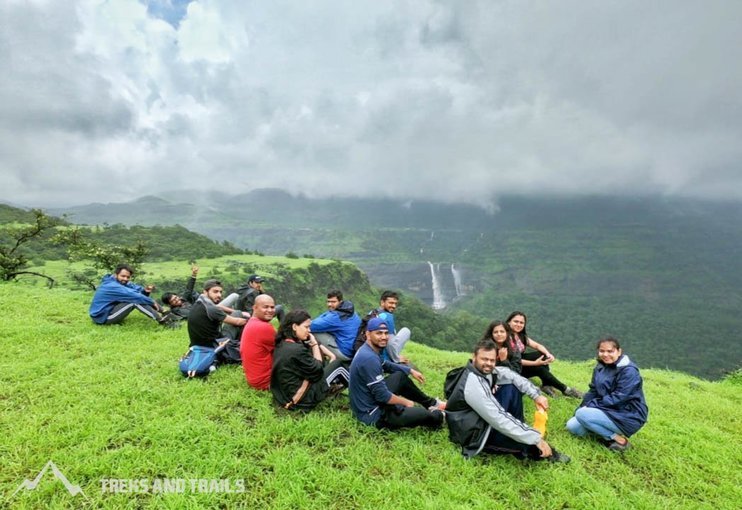 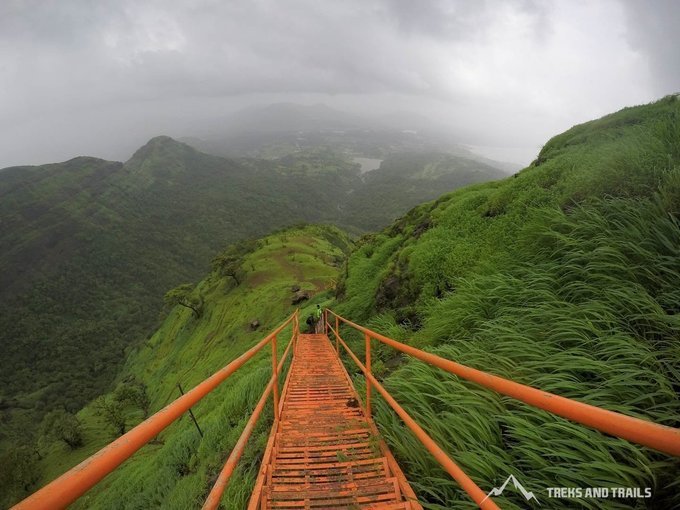 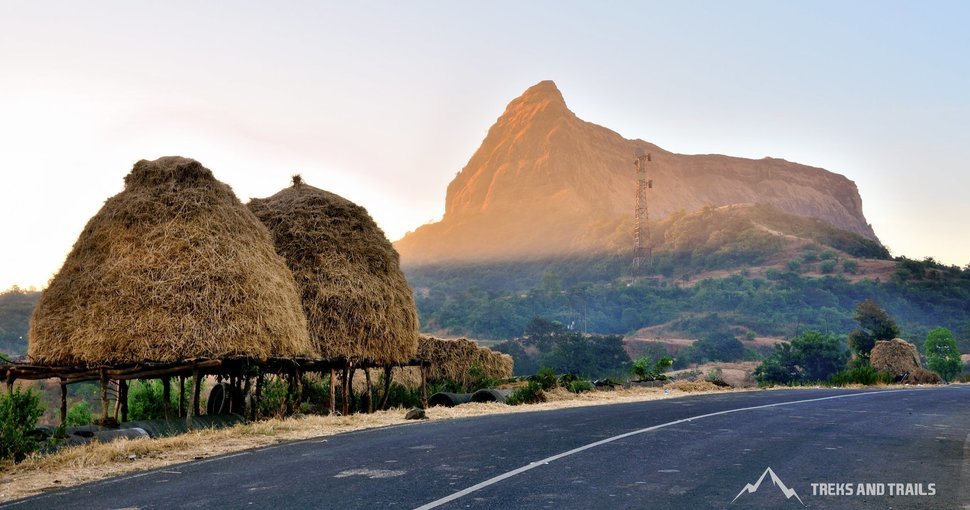 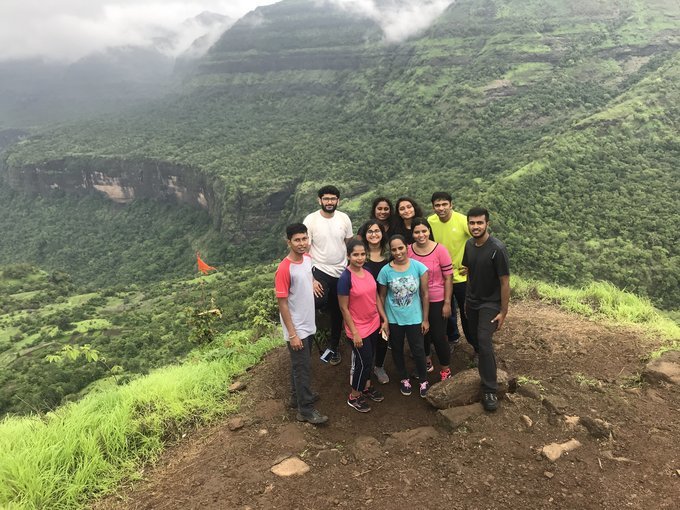 Maharashtra is a state in India that has been attracting many tourists from all over the world. The reason for this is not only because of its natural beauty but also due to the fact that Maharashtra offers several trekking experiences for both beginners and experienced hikers alike. There are some treks in Maharashtra which are less crowded, giving you more time to enjoy your experience while trekking through this fantastic region. This post will discuss five lesser-known treks in Maharashtra with stunning views and great opportunities for photography!

One of the most important aspects to consider when going on a trek is what kind of equipment and clothes you should take. For shorter treks, it will be enough if you have some water with you, but for longer treks or tougher terrain, carrying your backpack becomes more difficult. Ensure that everything in your backpack meets Indian conditions such as rain and has room for all the supplies you need, such as food, change of clothes, bug spray. It can help pack things like extra socks and underwear beforehand, so there's no risk of getting caught without these essentials!

1. Trekking poles
2. Hiking boots or shoes
3. Backpack for carrying gear and supplies
4. Water bottle, water treatment tablets, or a filter to purify your drinking water
5. A map of the area you plan to trek to know where you are going and what trails are available
6. Tent
7. Sleeping bag
8. Backpack
9. Hiking boots and socks
10. Water bottle or hydration system or Hydration bag
11. Map and compass
12. Headlamp with extra batteries and bulbs for backup if needed