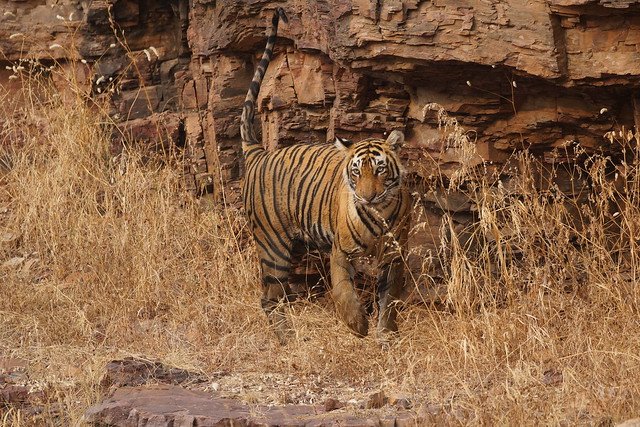 Do you want to enjoy watching tigers in their natural habitat? If yes, the Bandhavgarh National Park in Umaria district of Madhya Pradesh, India is the most excellent place to visit. This beautiful park was a Shikargah for Rewa' Maharajas and their visitors. Furthermore, in the historic year 1968, this park got identification of a National Park, and in 1972, we recognized it as a Tiger Reserve.

Bandhavgarh is renowned for accommodating a large number of Bengal Tigers on this planet. According to the experts, this park is identical with its unique and extremely well-known inhabitants. If we talk about Charger, it is first witnessed male in good physical shape residing in Bandhavgarh since the 1990s.

Bandhavgarh National Park remains open for nine months every year (from 1st October to 30th June) for its visitors. In addition to this, the best time to come here is from October to March with summer heat often being intolerable. However, from March to June is considered the best time to notice tigers owing to drying of plant life in this area.

Assemble at CSTM Station, Meet Our Tour Leader and Board the CSMT for Katni (Mahanagri Express) at 00:10

Day 1: Transfer to a private car from Jabalpur to direct Bandhavgarh National Park. Reach your hotel, check-in, and have a rest. Done with your Lunch, get ready for your first Wildlife Safari. In the evening are taken back to the hotel. And after dinner, go for a good night's sleep!

Day 2: Next day, with a break of day, you will get up and brace yourself for your second Wildlife Safari following the delicious breakfast. However, you can also choose to take your breakfast with you on safari if you want to save on safari time. After the safari, you return for lunch and then leave for third Wildlife Safari. In the evening, you come back and say bye to your trip friends after dinner.

Day 3: This morning, you will leave for your fourth and last Wildlife Safari. Get all your stuff into the bag and check out. Now, you'll leave for Jabalpur in a private car to board the train for Mumbai. (HWH MUMBAI MAIL12321)

Kindly plan your Bandhavgarh tour packages two months in advance. Tiger national park in Madhya Pradesh permits sell out quickly in advance online. It will be challenging to secure online jeep permits a few weeks before your tiger safari tour.

2. Wildlife in Madhya Pradesh and tiger safari in MP?

Madhya Pradesh, the country of wildlife, is the most thrilling wildlife travel location in India. There are 25 Wildlife Sanctuaries, six Tiger Reserves, nine National Parks, and to quench the adventure thirst for enthusiastic wildlife hobbyists. Madhya Pradesh is a kaleidoscope of life, also known as the heart of India. Bandhavgarh tigers safari is the most popular destination in Madhya Pradesh Tourism.

3. Bandhavgarh National park is located in which state?

4. When was the Bandhavgarh park established?

Bandhavgarh Umaria established in the year 1968. It is home to Madhya Pradesh state animal Barasingha and the state bird Dudhraj. It is home to Tiger, Indian Gaur, Panther, Nilgai, Barking deer, Chital, Sambhar. Bandhavgarh Jungle Safari is the best destination to watch tigers in India.

Bandhavgarh Rashtriya Udyan blessed with a beautiful backdrop that takes in cliffs, thirty-two hills, plateaus, and meadows. And when it comes to the lower slants of this area, these consist of Jungles of Sal and Bamboo. On the other hand, the park's elevated hills comprise high meadows that are chewed over as the central plant life of Bandhavgarh forest. Not merely this, but the fertile riverbanks of this place have flourishing plants with three-hundred spices of flora.

Did you know that Bandhavgarh National Park is, for the most part, visited for the white royal predators? Yes, that is true, and it is also home to many other animals like Bengal Tigers, Gaur, Wild Boar, Leopards, Sloth Bear, the Asiatic Jackal, Bengal Fox, Small Indian Civet, etc. Additionally, the species of birds in large quantities include Adjutant, Black Vulture, Grey Hornbill, Dove, Indian Roller, and so on.

This part enjoys North Indian Monsoonal climate. The most critical seasons of this place are winters, summers, and rains. The mercury goes down to 2°C for winters and goes up to 45°C in summers. Throughout the rainy season, a typical rainfall of 1133 mm seen.

As the climate remains pleasing from November to March, you can think about visiting this park anytime in between if you don't like to travel during summers. But if you are willing to spot the Royal Bengal Tigers in the park, you must visit there anytime between April and June.

You can go for jeep or canter safari in this park within a particular time. Usually, two shifts of safari carried out every day. In jeep safari, six tourists can go at a time while the canter safari can allow 16 tourists. Also, the safari entry & exit timings can change as per the change of seasons. 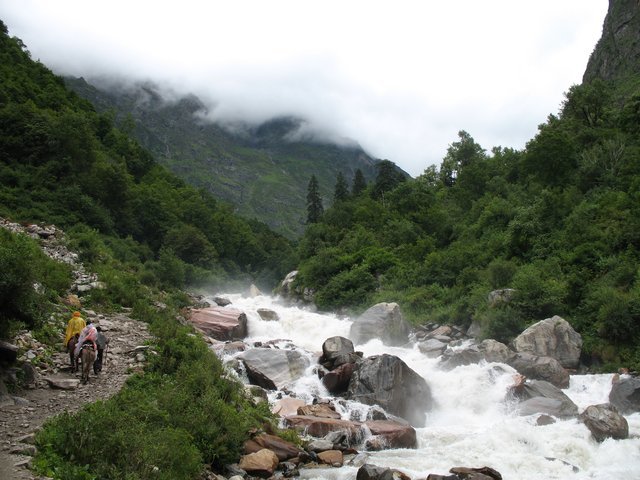