Nandi Hills needs no prologue to many residents of Bangalore. Ask any Bangalorean a swift escape area away from the city for a road trip, and voila, 'Nandi Hills' is the spot most recommended. To many individuals, it is only a little hillock best delightful for its relaxed balmy ambiance alongside excellent dawn and dusk views and the remnants of the fortress constructed by the eighteenth-century ruler Tippu Sultan. This province encircled by many mountain ranges resting across Tumkur–Chikballapur-Kolar ranges. The foothills of Nandi Hills mark the birthplace of Arcavathy River, and this site is additionally one of the spiritual places because of its ancient sanctuaries. Nandi Hills pulls in significant travelers due to its cool temperature during summer; one can encounter the fogy and hazy atmosphere with overcast clouds underneath and around the hills.

Nandi Hills is one of the fascinating areas because of its climatic conditions; settled in the lawns of Muddenahalli, which is the old neighborhood of Sir M Vishveswaraih, who was one of the incredible architects that India has ever observed. On the top of the hill, there are temples dedicated to Sri Ugra Narasimha and Sri Yoga Narasimha. On the lower hill, there is a temple dedicated to Sri Bhoga Narasimha.

Also known as Nandi Betta and Nandi durg, residing at a loftiness of 1,440 meters above sea level. One can find the landscape of Nandi Hills as a blend of rock-strewn and green-clad terrain, with sporadic sightings of some extraordinary feathered creatures. If you have ever desired for strolling over the sky amidst the empire of clouds, then this is the perfect point. As the conditions here are thickly haze and mist-filled, and it is fresh in any event, throughout the late spring season.

Nandi hills whole trip is an encounter of experience and immaculate nature around, yet the view from the top is the thing that takes the cake. You will get a stunning vista of the proximal districts, and slopes, including the Nandi Hills. Besides that, you can visit the fortress built by Tippu Sultan, a significant fascination of this spot is Tippu's Drop where he used to drop the detainees blindfolded from the top to the base like the death cremation. The range from Tippu drop to the base is vertically over 2000 feet.

Stroll along slope and fortress' divider edge for more great perspectives. Highlighting delightfully cut curves and grand columns with intricately painted walls and roofs. Nandi Hills is dispersed with hallowed places and shrines and is encircled by hypnotizing views, making this spot no less than a concealed heaven. One can visit Nandi Hills on the weekend to rejuvenate and catch a glimpse of the mesmerizing sunrise. Additionally, Nandi Hills is a paradise for photographers who can engage in landscape and macro photography. Getting there Nandi hills from bangalore

Take Bangalore-Hyderabad roadway, after Devanahalli bypass turn left at Nandi cross, drive straight till impasse Karahalli cross, turn left and continue further, and afterward take the first right, you will wind up at Nandi slopes. There is an abundant parking spot, vehicles are let till the Mayura hotel and charged Rs 80/vehicle; bikes must be left at the primary fort entrance.

By train: The closest railroad station is at Chikkaballapur, which is 9 km away from Nandi slopes. Take a Chikballapur passenger 8:40 AM train from Bangalore, get down at Nandi station, and employ an auto to Nandi Hills. The return train is at 4:00 PM. Auto charges are around 100 per head. 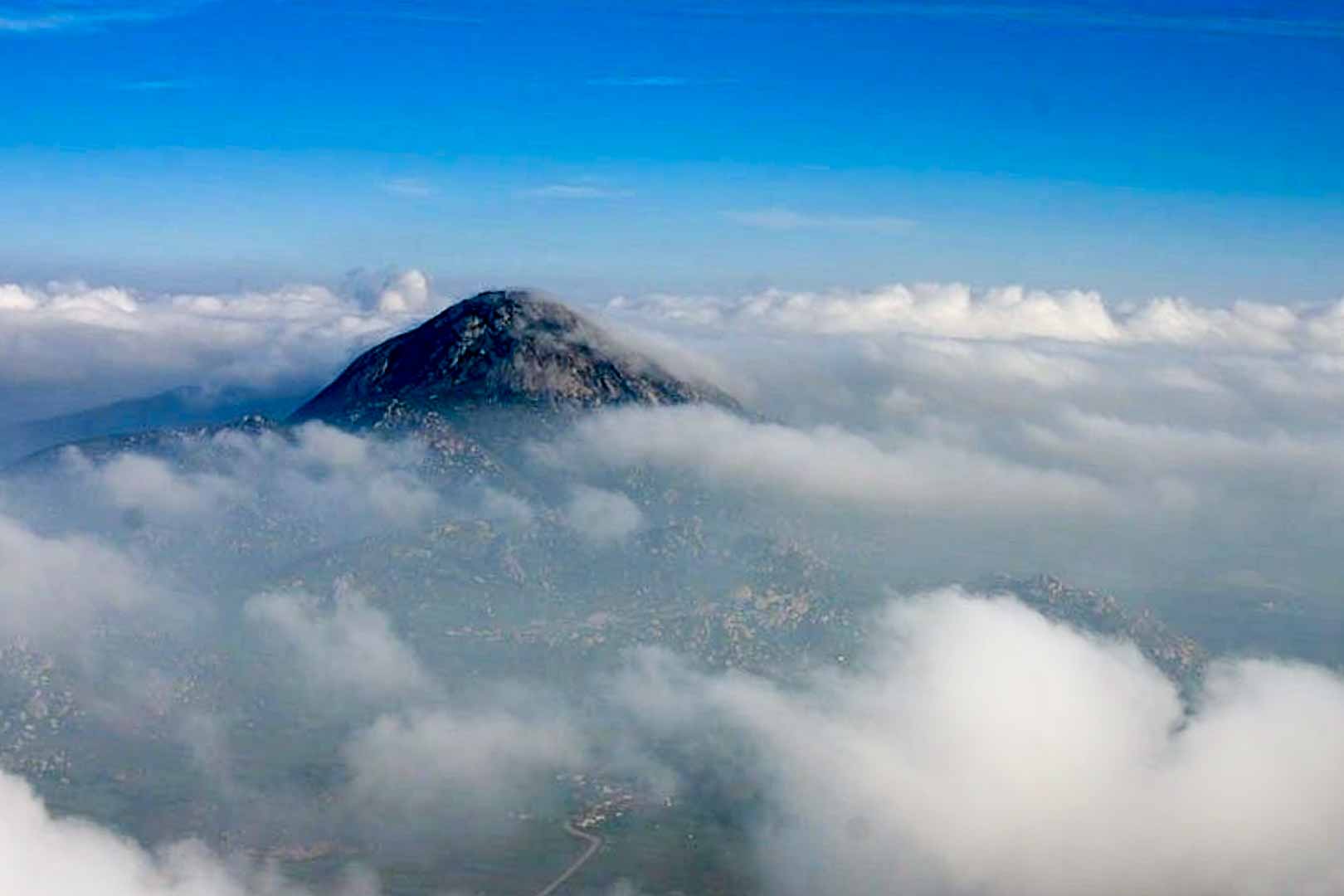 Getting there Nandi hills from bangalore

Take Bangalore-Hyderabad roadway, after Devanahalli bypass turn left at Nandi cross, drive straight till impasse Karahalli cross, turn left and continue further, and afterward take the first right, you will wind up at Nandi slopes. There is an abundant parking spot, vehicles are let till the Mayura hotel and charged Rs 80/vehicle; bikes must be left at the primary fort entrance.

By train: The closest railroad station is at Chikkaballapur, which is 9 km away from Nandi slopes. Take a Chikballapur passenger 8:40 AM train from Bangalore, get down at Nandi station, and employ an auto to Nandi Hills. The return train is at 4:00 PM. Auto charges are around 100 per head.

One has to be careful with the mischievous monkeys at the Sanctuary. The territory is exceptionally assorted, rock and gravel-strewn at certain spots and evergreen backwoods on the inclines. The slopes are exceptionally rich in avian species making it an extremely famous area for birdwatchers and flying creature photographers. The evergreen backwoods fix on the head of the slope being a supported wintering area for some transient types of warblers, larks, flycatchers, and thrushes. Thee jungl segment is likewise home for a relict populace of the Nilgiri Woodpigeon. A rearing pair of Shaheen Falcon, the Peregrine Falcon's occupant race, is also frequently observed here. The Malabar Whistling Thrush, Uropeltid snakes, and Pill millipedes, which are generally known distinctly from the Western Ghats ranges, are additionally found here. The slope slants are the native of the Yellow-throated Bulbul, an animal category endemic to the slopes of peninsular India. Sometimes, you might encounter rare wildflowers of the Western Ghats on the trails.

Usually, families and people drive up to the slopes in their vehicles and bikes to the top. However, you can plan to trek up utilizing the old flight of stairs, employed during Tipu's time. So as opposed to taking the left turn on Nandi Hills street, take a right and head to Sultanpet to the beginning of this trek. Google map shows this as 'Nandi Hills trek starting point. On arriving at the lower regions of the hill, they set off by climbing the steps that are moderately simple yet take around an hour to arrive at one of the fortification doors. It is a wonderful one, where one goes through not many resting focuses en route made of rock stones and granite, which look old. The way is concealed with plenty of trees and a wonderful breeze to counter your perspiration and delightful perspectives en route to treat our eyes.

On entering the fortress dividers, you will initially go through a little Shiva sanctuary called Sri Gavi Veerabadhra Swamy sanctuary, which is within a bit of cavern arrangement. The Sanctuary is an old one dating to over 500 years back. Proceeding further, you run over Tippu's rest house, which is a two-story red structure, which the Sultan frequently utilized during his great days. Also up you will run over the Amrutha Sarovara, a step-well repository worked in 1928. If you invest some energy here, taking a gander at the water, you can see colossal orange fish leap out of the water, which is very entrancing. The Sarovar is a beautiful water body formed by perennial springs. It is also the prime water source for the area. Very close to, it is the Chabootara, platform where Tipu Sultan used to pray.

By absorbing the vibes of this mystical spot, you can walk further up the slopes and move towards Tipu's drop. Strolling up, this rock development offers an approach to old stone advances that go up to the Yoganandeeshwara sanctuary. An ancient Shiva sanctuary is going back to 1000 years, which speaks to his last renunciation stage adolescence, youth, and the wedded stage delineated in the beautiful Bhooganandishwara sanctuary at the base of Nandi Hills. You can see carvings on the stone deck, engravings on the passageway divider, and even a little step-well inside the sanctuary premises. Later you can take the small pathway towards the post dividers and stroll around to arrive at the point, which is the wellspring of the River Palar. Directly around a similar territory is additionally a little place of worship of Nandi, which is alluded to as the Nellakai Nandi. Nellakai, meaning gooseberry, whose tree is outside of the shrine.

While descending, you stopover to look at The Cubbon House, which was constructed in the mid-1800s as a late spring retreat for Mark Cubbon (the British magistrate after whom Cubbon park has been named). One can witness some ancient chandeliers and woodwork from that era. Witness the grandness of the five slopes that structure the Nandi Hills bunch; Nandi Giri, Skandagiri, Channagiri, Brahmagiri, and Hemagiri. Among them, Brahmagiri Hill, which is a lesser-referred to the slope, is famously known as Nandi One. It is the twin pinnacle of Nandi Hill. Channagiri, Skandagiri, and Nandi Giri from Right to Left seen from the Brahmagiri trail. The fifth slope, Hemagiri is behind Nandigiri and covered up

The whole path is a stroll amid a blend of eucalyptus vegetation and a rough way. The air loaded up with the aroma of Eucalyptus. It is an encounter to savor as the trees sway with the cold wind. You will see an unexpected drop in temperature while Nandi Hills trekking.

Grasp the flying perspective on encompassing grape plantations, homesteads, and towns of Chikballapur. A few farmlands around the Nandi Hills extend devoted to developing grapes, used to make grape wine. Alongside grape plantations, you will see banana, maize, and rice estates.

Ponder your excursion to the top. Attempt to be calm and close your eyes for five minutes. Watch the hints of nature and feel your body getting settled and loose, setting itself up to slip an extraordinary way. It is a lovely method to invest energy at the highest point.

As you step inside the old fortress, attempt to contract down your eyelids and see the dim world dressed clearly. They are so flawlessly painted. The climate up the slope nearly depicts the verdure with similar shading. It would show up as though there is a hidden layer of characteristic whitish shading that has usurped each little and tall tree. What's more, as you approach minimal closer, the nimbus of whitish hint begins blurring ceaselessly, and the image gets brighter. In a nutshell, this is how walking among the clouds feels.

The hill enveloped in mist. No, they are mist. Or, on the other hand, would they say they are clouds? Moving and skimming with the breeze. The breeze would consistently be high up there. Brushing through your hair and washing your sluggish face tenderly. The heart gets straightforward for one moment. The clouds formations put a cover over the messy life underneath on a superficial level.

The Nandi Hill Trek offers a full scope of experience for trekkers. Also, for kids, this trip is a delight. To be acquainted with the universe of trekking and the outdoors, there is no better trip. The path is a blend of the rough landscape to the vibrant green vegetation. 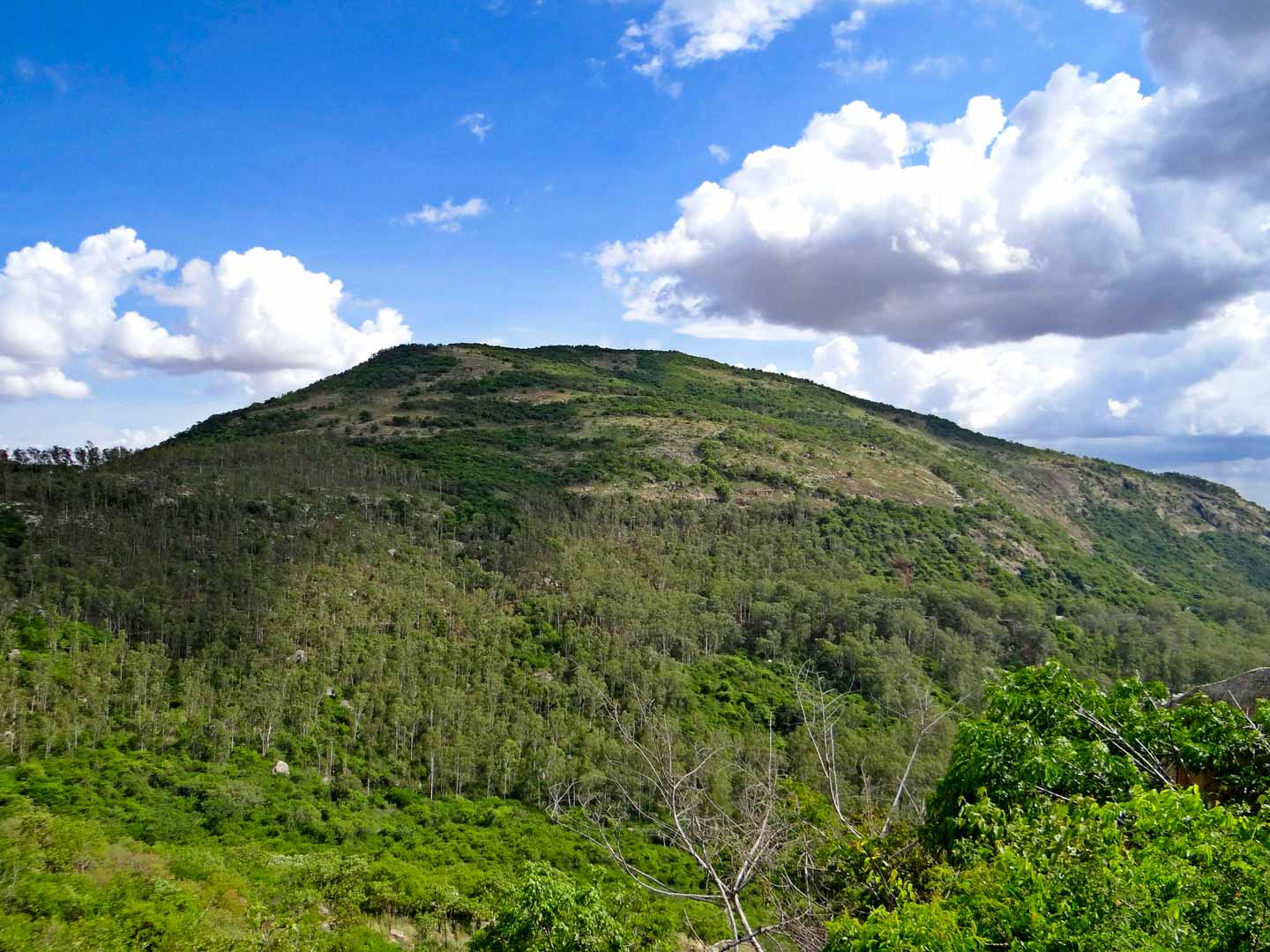