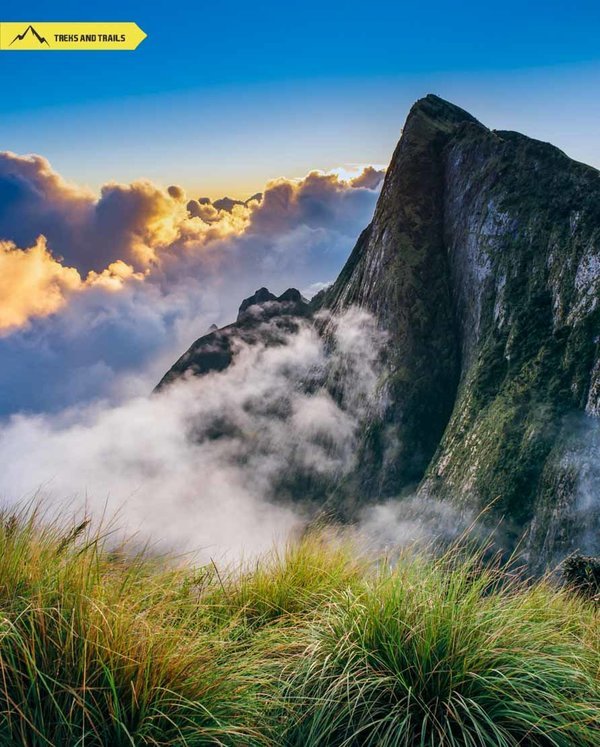 Travellers in and around Kerala are more than acquainted with the hazy green slopes of Munnar. The furthest their journey for unsullied nature spots takes them is to Devikulam, Peerumedu, or Meesapulimala. If you need to desert the uneven knolls and experience sky-high mountains with their summits dunked in clouds, head to Kolukkumalai. Prominently known as the Kashmir of South India, Kolukkmalai dwells 35 km outside of Munnar and is a part of the Kurangini Mountain Ranges. The Kolukkumalai Tea Estate is fabricated high on the sharp edge that ascents over the fields of Tamil Nadu. At around 8,000 feet above sea level, this is the most elevated tea estate in the world. It is well known for its incredible, flavorsome teas, and its all-encompassing perspectives and the rocky mountains that encircle it. The slope spotted with prosperous tea ranches along with tall pine and eucalyptus trees, freshwater streams from Kurangini mountain ranges, and hazy mists. If you are blessed, at that point, you can spot the lovely Neelakurinji blossoms, an extraordinary assortment of Strobilanthus that develops on the slopes of Annamalai and Kolukkumalai blooms once every 12 years! The best places to see these flowers are the Eravikulam National Park in Munnar, the Kolukkumalai ridge, and Kodaikanal.

This trek is to see the paradise on earth and witness the dawn at Kolukkumalai. It is a mystifying and dream-like understanding, only like the floods of the ocean mists flooding between the slopes with unbelievable hues, offering a breathtaking perspective on the precarious slants of tea cultivates all around. There is a tea factory building built in 1930 where the tea is processed traditionally. Kolukkumalai has some unique perspectives on the faraway fields in the circumscribing territory of Tamilnadu. It's a beguiling sight to observe the far off slopes slipping all through the fog. This spot suits to be an extraordinary excursion place for families, companions, or even independent voyagers. It is an astounding spot to go through your end of the week from the hustling and working life that you can ever escape.

When you arrive at the estate, there is a trek of around 3 km to see the most captivating and sparkling dawn. The Sunrise is the feature of Kolukkumalai amid mists and the number of pinnacles, and the sight is stunning. The Jeep safari on a rough soil track likewise takes you through a similar course covering the hazy estate and is one of the most exciting experiences. The trek and Jeep safari both begin at an altitude of 3800 ft above ocean level.

The trek begins from Kurangani town at 3,800 Feet and proceeds up towards a prairie till a solitary pine tree, which is a resting point before entering the woodland. From here, the path is steeply continuous and navigates directly into the forest. While climbing through this path, we get entrancing vistas of the Kurangani slopes, including cold wind, consistently hits your face. When we hit the woods, we are secured with the wilderness covering till Kolukkumalai. There are around forty to fifty clasp twists we need to traverse all through and is the only way to arrive at the top. As we hit the last stretch of the journey, the pine trees invite us with a unique high altitude atmosphere with feathered creatures peeping around in the haze secured tea domains. One can spot the Singapara, a stone in Kolukkumalai that looks akin to the face of a Lion. Singapara is known for its view, and its position resembles that during the Sunrise, the sun appears to come out of Lion's mouth.

Kolukkumalai Trek gradient: Easy to Moderate. Kolukumalai is a continuously uphill trail with some rising and falling segments.

Kolukkmalai Trekking distance: 15 km (up and down)

Water sources: One should carry at least 2 liters of water before starting the trek, there are numerous streams on the trail

Best months to visit Kolukkumalai: It is highly recommended to trek during the winter months. The best months are November to April as, during heavy monsoons, the trail becomes murky and slippery, which makes the descent difficult, and it is too humid during summers.

Positioned at the boundary, Kolukkumalai is a place in the Theni District of Tamil Nadu. The tip of Theni that a couple of steps to a great extent in Kolukkumalai can make you move between states! It is around 32 Kms from Munnar. Kolukkumalai can be reached through Theni in Tamil Nadu and Munnar in Kerala, both being the simplest to drive and reach. You have State Bus transports among Munnar and Theni with Suryanelli between as a stop, which is the beginning point to Kolukkumalai. Any bus between them can assist you with coming to Suryanelli and afterward Kolukkumalai estate from that point.

Suryanelli is the base village that can be reached by Jeep from Bodiyakanur. Theni, in Tamil Nadu, is the closest town from where the local busses ply to Bodi. Theni can be reached from different areas. All significant State Road Transport Corporation transports ply to and from Theni. It is around 450 km from Bangalore, 570 km from Chennai, and only 100 km from Munnar in Kerala.

Jeep Safari: Due to the rough and crooked pathway, Kolukkumalai can be arrived only employing a Jeep from Suryanelli, the Idukki area. The excursion will be worth the time and endeavors to watch the stunning view while in transit to Kolukkumalai. The proprietor of the tea estate at Suryanelli will organize the Kolukkumalai Jeep safari, which will take you on nine kilometers of insane rough terrain venture. Likewise note that every Jeep takes just six travelers one after another, not more. The ride to the head of Kolukkumalai peak will stand-out. There are no paved roads, so the way is rugged, which is why we need jeeps! Jeep ride takes you up through 40-45 clip twists, so be prepared for that adrenaline surge. After the bumpiest trip ever, the Jeep stops at the Kolukumalai Sunrise point.

Highlights of the Kolukkumalai Trekking:

Gather your sacks for another adventure experience, however, this time in an alternate area, acclaimed for the most prominent natural tea domain on the planet, Kolukkumalai. At the height of practically 8000 feet, the tea gardens give unusual perspectives on the Munnar and Kodaikanal slopes stations' vistas.

From the top, you will get the stimulating view of the Kurangini slopes. On the last lap, you will get the chance to see the haze secured tea seats. The foggy overcast Kurangini mountains, chirping winged creatures, steep path, lavish green tea brambles, the entire climate resembles a fantasy painting.

Another feature of the visit is that the world's most noteworthy tea home is in Kolukkumalai. A kilometer of a downhill stroll through the estates will take you to the old-style natural tea industrial facility, which has been rehearsing the conventional tea-production process since the provincial time when it was set up in 1919.

An outing to Kolukkumalai Tea home will leave you enchanted by what India brings to the table. Found near one of the top vacationers' places in Kerala, Munnar, Kolukkumalai is shockingly off-the-radar.

The magnificence of the site you will see can't be articulated and is ineffable. The sprinkle of the most awesome hues will paint the skies as the sun looks out of the mists. Good foggy heaven, the pinnacle takes where the clouds are beneath us! 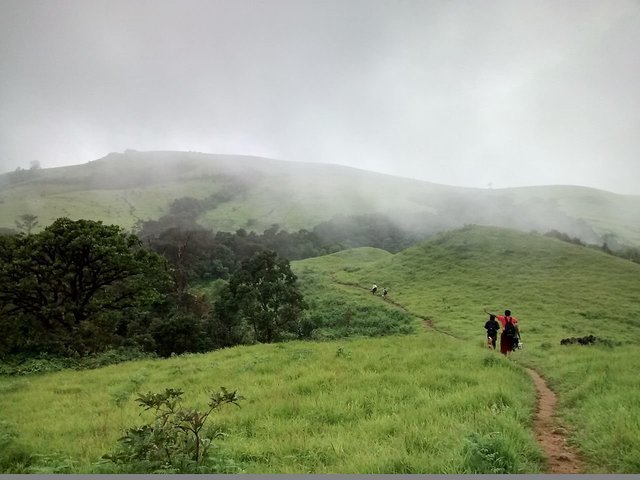 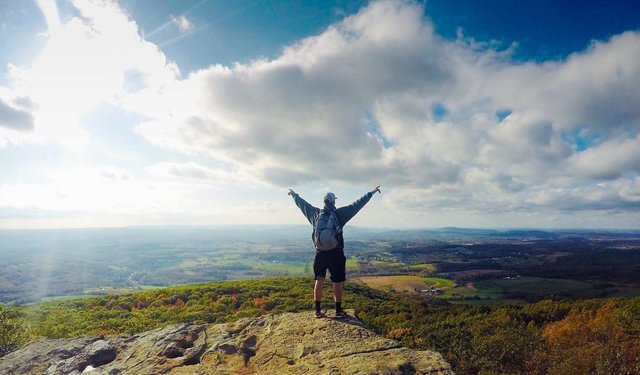 Why Trek From Bangalore Will Change Your Life
Tours 11
Starting from ₹ 1,200
View Collection 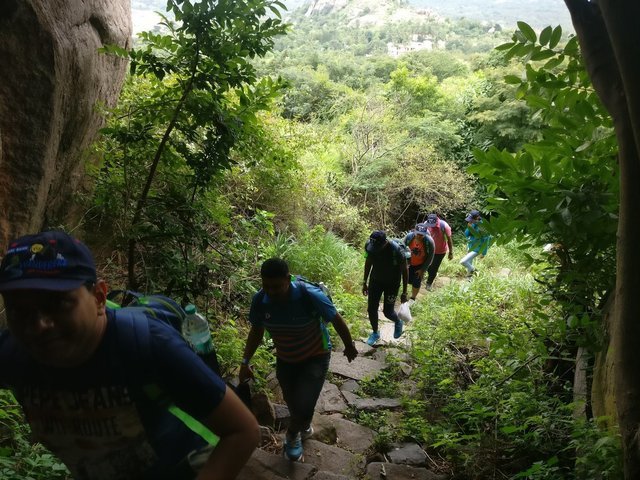