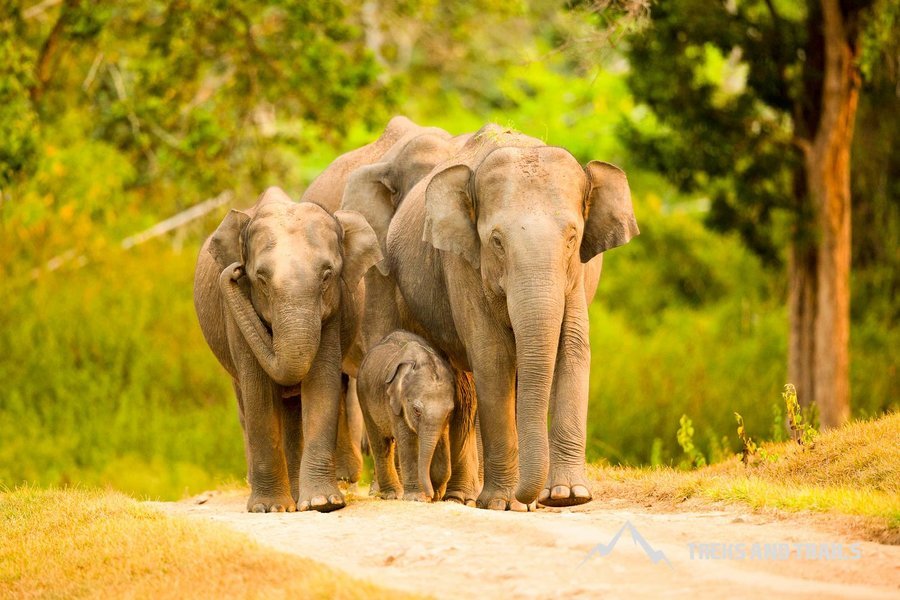 Bandipur National Park found at the border of Tamil Nadu, Karnataka, and Kerala. The park stretches over 874sq.km along the adjoining Mudumalai National Park and Nagarhole National Park. These parks form the Niligiri biosphere reserve covering about 2183 sq.km and protect a plethora of endangered species. Bandipur National Park found in Gundlupet Taluq of Chamarajanagar district. It was popularly known as the hunting ground for the Maharaja of the kingdom of Mysore before later declared as a Tiger reserve. A wide range of biomes covers the park, but the dry deciduous forest is prominent.

Day One - Arrive at Bangalore and Evening Tiger Safari

You will be picked up from Bangalore in the morning, and you will have your breakfast on the way to the resort. You will then be checked in at the resort where you can then freshen up and relax before lunch. After lunch, we will then gear up for the first jeep safari as the gipsy will come to pick you up. You will then explore the forest of Bandipur National Park before you then head back to the resort in the evening. You will then have a tea break and dinner and relax for the next day.

You will embark on the fourth Jeep Safari in the Land of Tigers early in the morning before you return to the park for breakfast. After breakfast, you will then be checked out and be conveyed to the Bangalore station as the tour concludes.

Famous among wildlife enthusiasts, you can spot the elusive Indian Tiger and Wild Elephants roaming in the wild. Some of the other top mammals in the park are dhole, jungle cat, Bonner macaque, flying squirrel, Indian palm, leopard, four-horned antelope, rusty-spotted cat, Indian hare red, and so on.

The park is also a great destination to go for bird spotters as it houses over 200 species of birds. Some of the birds that you can find here are kingfishers, drongos, peafowl, flowerpeckers, junglefowl, redheaded vultures, bee-eaters, ospreys, hawk eagles, etc. You are also going to find varieties of reptiles in the park, some of them are Indian rock python, flying lizard, monitor lizard, Indian pond terrapin, rat snakes, and so on.

Getting to Bandipur National park

You can easily hire a private vehicle to the Bandipur National park from the Bangalore airport or railway station. You can also reach Bandipur from Mysore Junction Railway Station located nearest. The driving distance from Bangalore to Bandipur Tiger Reserve is five hours, while Mysore to Bandipur is two hours.

Weather in the Bandipur National park

The summer period in the park is between March to June, and it is usually hot and dry, with temperatures ranging from 30-45 degrees. The winter period is from October to February and often cold as the temperature can drop to as low as 9 degrees. You are going to witness the monsoon season from June to September, and the rainfall can be as high as 50mm.