Gujarat Bike Ride Pune to Surat. It is said that life is shaped by the desires you have. Travelling long distances on the bike to taste different cuisines has taken me to places I never imagined. This ride to Surat, Gujarat, is all about food and wandering for food.

The Beginning of Ride Day 1

Tick. Tick. Tick.., the clock was trying to wake me up, but as most of us experience, I did not sleep well that night. The excitement had kept me up for a significant portion of that night. The reporting time was 4:45 AM, I woke up at 4:00 AM and reached the famous Kinara hotel, Pune at 4:45 AM, where my fellow rider was waiting. After deciding impulsively, just one day ago, I was quite happy to have a fellow rider. After discussing routes and pairing intercoms, we left for Surat. We joined NH-4 from Chandani Chowk, Pune, and continued.

The journey was a long one of almost 425 km. It was decided that breaks would be taken after completing 80 km successively. Given that both of us were riding TVS Apace 200 and were connected via intercom, co-ordination was not at all a problem. At around 8:30 AM, we were somewhere in Mumbai, trying to search for a quick breakfast. While waiting on one of the signals near Sion, we saw a Dosa vendor, attracted by the smell and cleanliness, breakfast stop was finalized. Till now, only hydration breaks were taken. The NH-4 was the bliss of a ride, and luckily we did not face much of the famous Mumbai Traffic.

Both bikes were doing well concerning fuel economy and performance. Apace 200 can comfortably cruise at about 100 kmph to 110 kmph, but above that is it struggles. With refilled energy, we were ready for further ride.
The ride that followed was challenging since the temperatures in Mumbai and areas of Gujarat were at its peak. We reduced the kilometer to break to almost 60 km. Both of us were riding with saddlebag for the first time, so keep an eye on it was necessary. The Beginning of Ride Day 1

When the heat felt unbearable, we decided to take a big stop. The Aaram Hotel on NH-8 was the perfect destination to stop. After removing all riding gears for body breathing and having some cold drinks, we were ready to be back on the road.

The NH-4 was impressive but felt short once we started riding on Gujarat highways. One of the best roads to ride on and maintain high speeds effortlessly. Change in language and culture was imminent and increased our morale further. It is at moments like these that you feel blessed to be born in a country this big. You need to change the state to change the world around you. Refueling was done at the Indian Oil petrol pump in Valsad. Now, our body had started to give up since this was our first long ride. 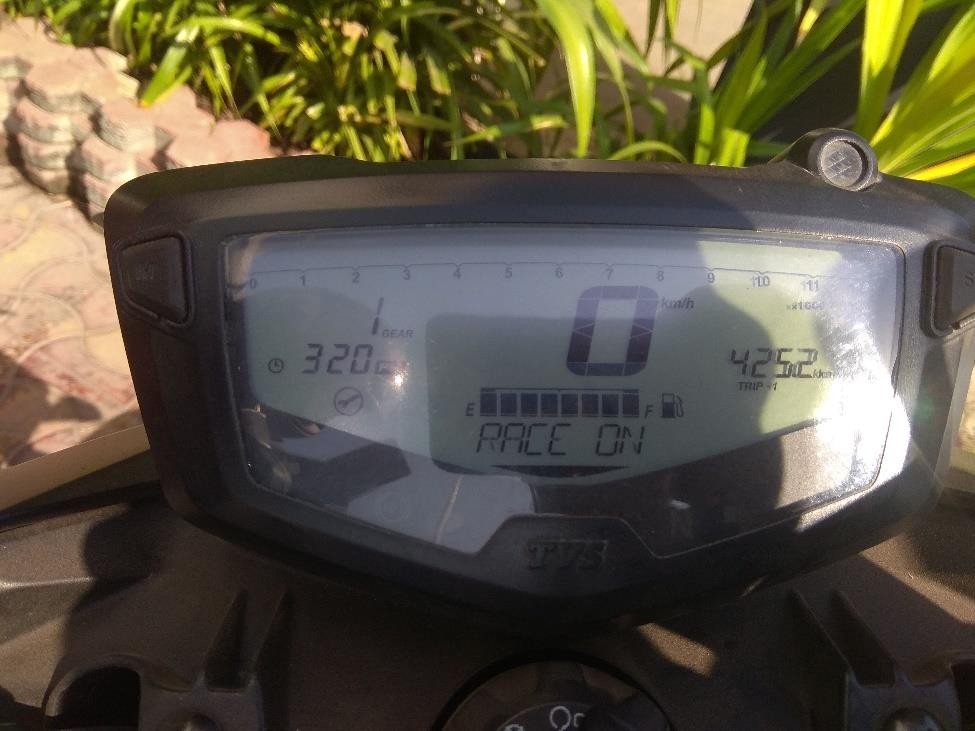 End of Ride Day One

We reached Surat at 3:20 PM and concluded our long ride at Oyo 3975 Golden Star Country Club. After resting for a while, the rider inside us was replaced by the foodie we have within. We tasted Khaman and Dhokla at Surat Khaman House, Gopipura. Gujarat and particular Surat is known for its thick shakes. We visited Bismillah to have Mango thick shake and felt our heart converting into a Pakka Gujju. The food tasted till now was enough to Melt someone for Surat. After returning to the room, the plan for the rest of the day was decided.

After talking with the Oyo’s manager and watching some YouTube, we reached Sasumaa Gujarati Thali in Mangaldeep Complex, Ring Road. After being applauded as one of the best thali by most food bloggers, we felt that the entire Gujarat was on our plate. The entire trip was made worth it by the satisfaction we felt after eating it. Bismillah Milkshake, we visited again that night. Due to Pulwama attacks, the entire nation was angry, and its effect was felt in Surat as well. We decided to leave for Pune the next day itself. 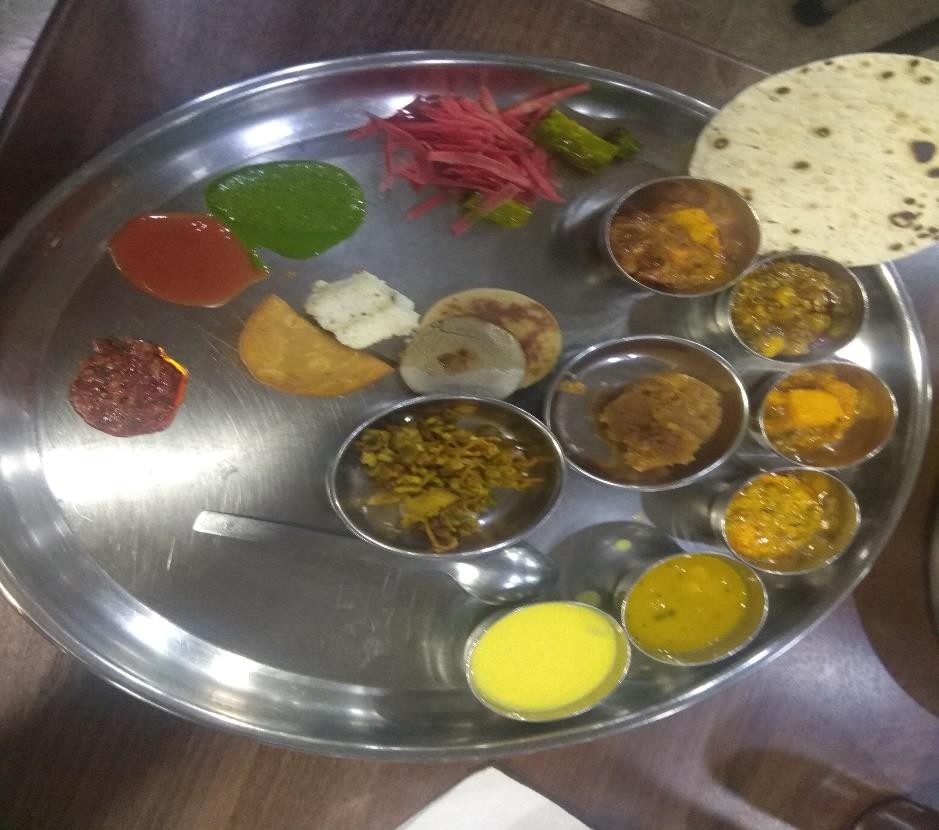 The Beginning of Ride Day Two

The alarm was set for 4:30 AM, and we were on the road at 5:00 AM. Special thanks to Oyo for looking after our bikes with great care. The Temperature in Surat was too low at that time, and we were shivering while riding through small towns and villages to reach the National Highway. Almost one-fourth of a tank left, but since it was too cold outside, we took a petrol cum chai break. Half of this break was spent on warming hands using the bike’s engine. The break provided the comfort required for riding further. One thing was noted, the Gujarat highway had way more truck traffic than Maharashtra. The next 200 km was done effortlessly, taking only hydration breaks. At around 10 AM, my fellow rider smelled something suspicious; we discussed the same over the intercom and halted at McDonald’s. We came to know that his saddlebag was half burnt, burning some of his clothes and toiletries. Apache’s high mounting exhaust was the one to be blamed. Bungee Cords were used to handling the situation, and breakfast at McDonald’s. 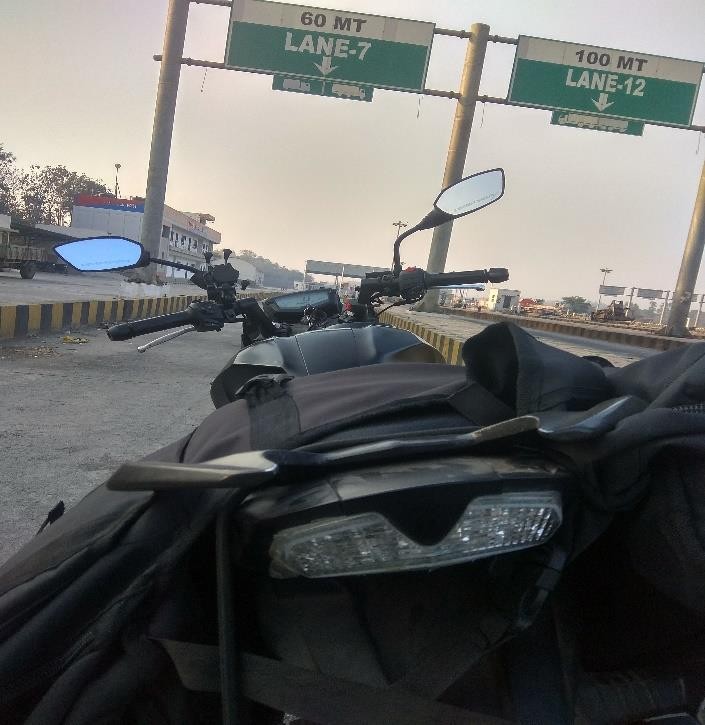 The Beginning of Ride Day Two

After about 50 km, we were stopped on the highway by some stone pelting villagers demonstrating against the Pulwama Attack. After about 20 odd minutes, we were set free. It was an experience both of us would remember for the rest of our life. We took a chai cum fuel break in Mumbai and decided to stop for lunch in Lonavala. It is always important to watch what you eat during a long ride. The food should be light on the stomach and sleep but filling at the same time. We had sandwiches and juice at stalls near Sunrise Chikki shop. At around 2:30 PM, we left for Pune. Both of us were tired and exhausted, so we decided to go non stop. 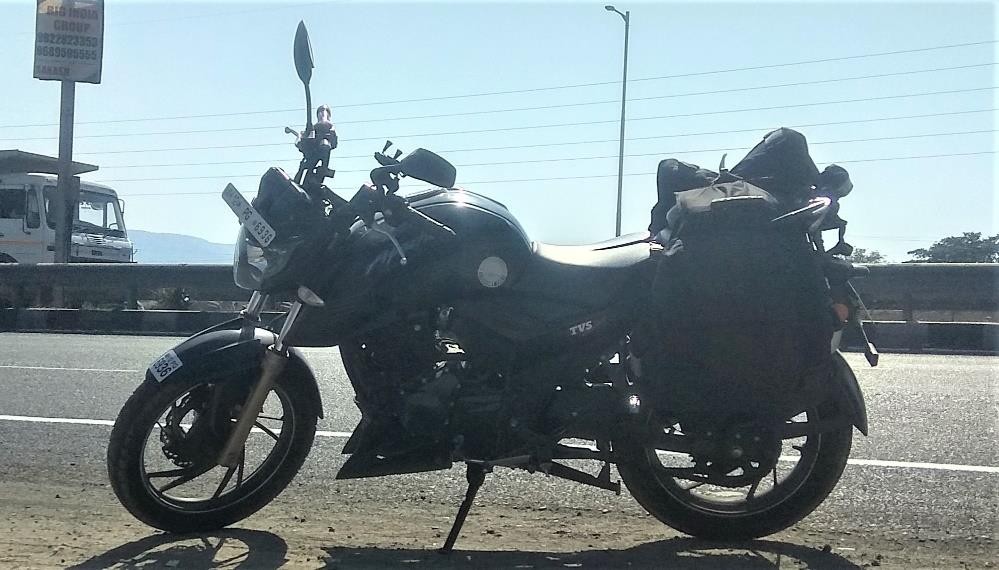 We reached our houses at around 4:05 PM. The joy of returning home from a long ride is still unmatched. The rider inside me unmounted the saddlebag, started walking towards the door, turning each time to watch my bike, my love, which covered almost 860 km in 40 hrs with a sense of pride in mind. That’s how Team Horizon’s first biggest ride was, full of food, riding, thrill, and, most importantly, biker brotherhood. 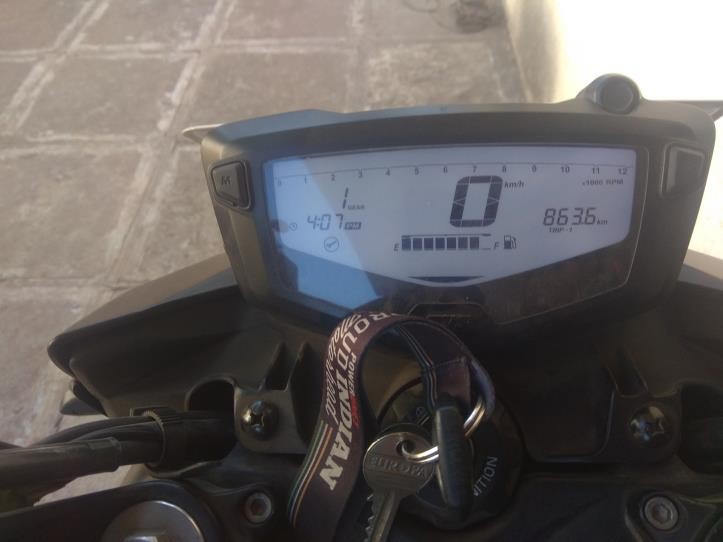