What happens when the ice melts in the Roopkund lake?

Have you heard about the Roopkund Lake Mystery? And curious to know about the dead bodies that were thrown in the running water of Roopkund lake.

In this blog, we are going to unveil the mystery.

Roopkund is a glacial lake located in the valleys of Uttrakhand. RoopKund lake is home to disbanded skeletal corpses of several individuals whose region is still unknown. Every year in autumn, the frozen tarn of this mysterious lake gets melted, and the skeletons float in the water.  Roopkund Lake Mystery how these human skeletons came down here. These human skeletons have become a mystery, from where they came in the floating water.

Lake is located at the height of 16000 feet, and going on such a huge height is not accessible then who would have gone to that enormously high place, and that gave birth to the frightful story behind all these Skeletons. This mystery is not new and has been dated back to around six decades. Since the Skeletons are in large numbers, it has become a matter of concern. As we all know, mysteries and stories behind them always fascinate explorers, researchers, historians, and even local people.  All the people who have gone to explore the place put forward a different story and perception, and we will also read them in the latter part of the blog. Do you know, when this mystery gain popularity?

Roopkund Lake Mystery, In 1942, a forest guard tried to reach the skeletons at this tarn, and that instance heated the whole story. No one was aware of how these skeletons came and remain they are. What were these people trying to do at such a great height? Not just the height but also the uninhabited area of Garhwal Himalayas.

Initially, many explorers said that these bones remained of those Japanese soldiers who had disappeared in this isolated area and died because of terrains' overwhelming condition. This speculation was done based on the second world war. Since this speculation made some sense, explorers started examining this logic and said that these bones were dated back around a century; therefore, no one has had an accurate idea about it.

Then some of the British explorers decided to visit Roopkund and many other scientists, and they tried to connect dots with the remain of Zorawar Singh of Kashmir, who was once a general and with his men visited Garhwal. According to them, that general and his team lost their way while returning from the battle of Tibbet in 1884. And after losing their way, they disappeared due to severe conditions.

Many controversies started after this, and the radiocarbon experiment was done to check and facts, and after the experimentation, it denied the explorer's theory. And it revealed that these corpses are dated back to 12-15 Century AD. It made most explorers believe that those deaths were the consequence of a futile attack by Mohammad Tughlak in Garhwal Himalaya. Some concluded that these remains were of those sufferers of the unknown pandemic, even some of the anthropologists also put forward a hypothesis of self-destruction's custom.

Even there was local folklore of medieval time, according to it, there was a king of Kanauj, who wanted to commemorate his heir birth and decided to offer a pilgrimage to the Nanda Devi. While going to the pilgrimage, he neglected the rules of the Nanda Devi by boisterous singing and dancing, and that neglection leads to the ire of the region deity, Latu. And because of deity's wrath, they got trapped in the hailstorm and thrown to Roopkund lake. According to the tale, they all were punished by the goddess for the ignorance of the rules. All tales can't be a myth?

This hailstorm story somewhat coincided with the forensic research of the frozen skeletons; therefore, National Geographic TV commissioned a team of scientists to examine the whole mystery. According to the scientists' team, they found several skulls that had deep cuts and fractures.

Anthropologists said cuts and deep fractures were similar to those that of a large object dropped from the sky. And they concluded that the deaths had happened because of hailstorms. They also mentioned that there used to be a folkloric song among Himalayan women. That song depicts a goddess who was so enraged at outsiders, especially those who have disgraced her mountain sanctuary where she rained death upon them by throwing hailstones as hard as iron.

One of the anthropologists also said that we were surprised that we had found entire skeletons preserved in the cold grounds. Even according to him, they also found some clothes' pieces along with some hairs and nails. Some bangles, weapons bamboo sticks, and leather shoes discovered from the site. Experts assumed that many skeletons still sunk in the lake's snow and ice.

Scientists had discovered three different samples, and they all were of different mutations in mitochondrial DNA. According to experts, these samples could be from some ethnic tribe of Maharashtra, but he refused to disclose the tribe name. According to Lalji Sigh, an expert that samples got matched with some tribe of Garhwal and there more samples that still need to find out more real facts. National Geographic team admits that there were only a couple of them have the resemblance of the features with the Mongoloid hill people of the Himalayas. Unfortunately, the local administration did not make any systematic effort to preserve this valuable site. And if this negligence continues, then these skeletal remains and other corpses will diminish quickly. It needs to make constant efforts to heal nature again, and we emerge successfully even after losing the campaign; after all, it's also a necessary part of the game. 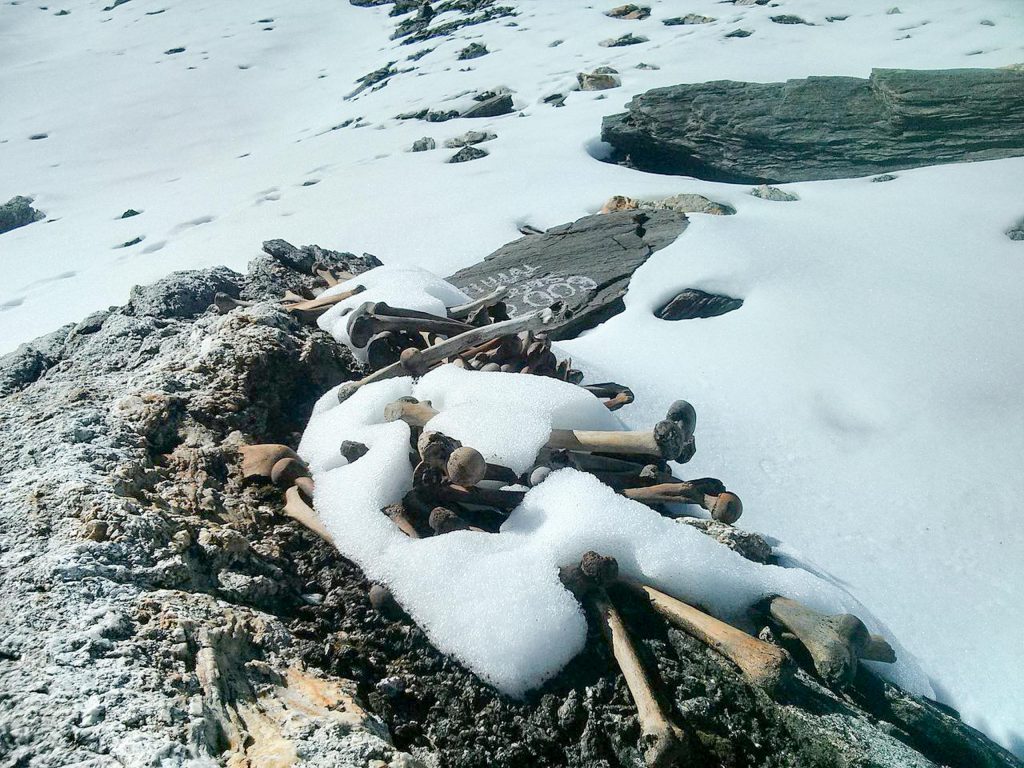