Chembra Peak located 290 km from Bangalore. This makes it a phenomenal site for a one-day trek from the city of Bangalore. Transfixed at the soaring height of 2,100 m, Chembra is the tallest peak in the Wayanad mountain ranges of Kerala, adjoining Nilgiri Hills in Tamil Nadu and Vallarimala in Kozhikode. Chembra Mountain is noticeable from practically all the fragments of Wayanad. The mountain presents the hikers with an awe-inspiring sight of exceptional verdure. The course to the peak itself has a splendid vista alongside a heart-molded lake, cascades, and verdant greenery all through the top. It is a prime location for trekking however earlier consent from the Meppadi forest office should be taken before beginning the trek. Getting There: Chembra Peak

One can begin from Bangalore the prior night, arrive at Kalpetta in the morning, complete the trek and return to Bangalore on the same day.
• Board a night bus to Calicut. Alight at Kalpetta stop which will be at around 7.30 am.
• On reaching Kalpetta bus stand, one can board a local bus to Meppadi. Frequent buses are running through this route. Alight at Meppadi mosque. The starting point of the trek is 7 km from the mosque.
• One can choose to walk or take an Auto; which are easily available from here. An auto ride to the base will cost about Rs.100. A constricted street takes you through Fathima Estates to the forest office. This is about 2 km from the main road.
• The auto will drop you at the forest office. You will be required to purchase an entry ticket here. The entry costs Rs.500 for a group of 10 people. For a group of international tourists, the charges may be approximately Rs. 1000. If you need a guide, ask one from the office itself. The actual trek begins from the watchtower, which is 5 km ahead of the forest office. 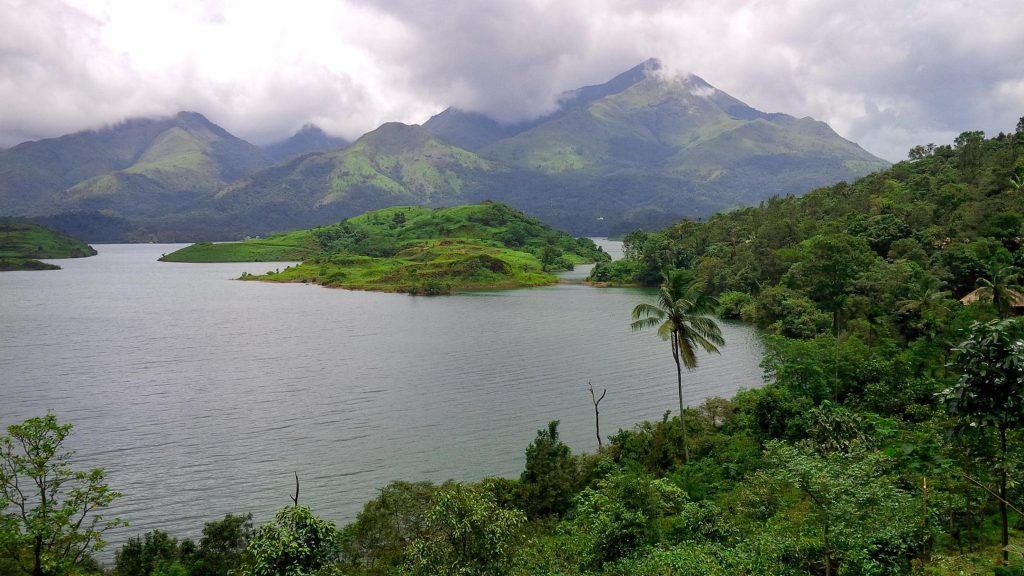 About the Trek: The trek to Chembra top navigates through five different peaks before you finally arrive at the last one. The path starts at the watchtower. The trekking course passes along the tea plantations. No sooner than the trek gathers thrust, the uphill ascent commences. The trail moves out of the forest and enters an overgrown grassland area. In 30 minutes, you'll enter a generally flat land. There will be a little puddle to your right side. The trail ascends again from here. In 15 minutes you will reach the heart-shaped lake. The heart-shaped lake is said to have never evaporated. It is one of the highest attractions at this peak. This lake is known as Hridhayathadakam and is the midpoint of the trek. It'll take you around 2 hours from the lake to reach Chembra top.

The peak directly before the lake is the first of the six peaks. The course here is very clear. You should simply move towards a higher top in front of you. If you lose the check, you'll know you're right track if you see another peak approaching ahead. Chembra is the most noteworthy of the 6 pinnacles so you will know when you have reached there.

From the peak, you can view the entire of Wayanad with its blend of tea and coffee estates and forests. On a cloudy day, perceptibility is scarcely 100 meters. However, getting engulfed by mist on the head of a slope is a novel experience in itself. The brilliant green of the tea domains sticks out, significantly more, when you peer at them through an unexpected opening in the mists. You can likewise locate Banasura Dam, Kozhikode, Malappuram, and Nilgiri areas from here. You will get astonished with the enchanting excellence of nature here.

Getting back: The descent is back on a similar path that you took to go up. In case you're trekking during or just after monsoon, the route could be slippery. It'll take 3 to 4 hours to arrive at the watchtower. Camping isn’t permitted at the top because of the danger of stumbling upon a wild animal from the proximal forests. So ensure you return before it gets dark. Rickshaws are easily accessible from the watchtower. The return fare to Meppadi is just Rs.15 per head. You can either decide to stay back in Wayanad to explore Soochipara falls which are also known as Sentinel Rock Waterfall. Or return from Kalpetta to Bangalore. Wayanad has a lot of surreal places that one can delight in. Along with the three-tiered waterfall, there are spots like Kuruvadweep (a river island), Banasura dam, Pookode Lake, Meenmutty waterfalls, and a few other viewpoints which are at a nearby distance. Highlights of the Chembra Trek

Highlights of the Trek:
• A trail along the misty foggy green slopes of Wayanad
• Chembra Peak Trek traverses through the highest point of Wayanad.
• It is an ideal weekend getaway trek with your folks and peers.
• Savour the magnificence of a heart-shaped lake on the way to the peak
• Hikers get an opportunity to appreciate the natural accumulation of fog at the summit
• Fill your lungs with fresh oxygen and awaken your senses with the aroma of tea and coffee throughout the trek
• Walk through various terrains like grasslands, flat muddy paths, and dense forest trails
• Offers a bewitching picturesque view of the Wayanad Mountain Ranges of Western Ghats