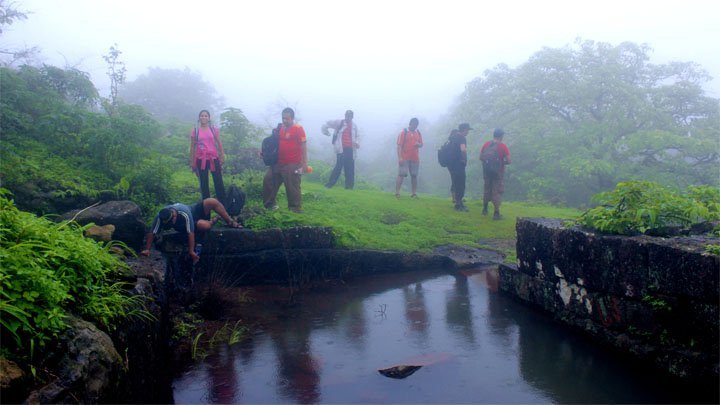 Not much has been said about this fort. However it did have strategic importance over a period of time in the western region. Tandulwadi as a fort was originally designed and held by the Portuguese. Later was also taken over by Marathas. The last know owners of the fort were the British army. Thou we can get to this fort by walking 90 minutes from Saphale railways station to reach base village. We can also by public transport to save time.

06:00 Departure from Dadar in private non-ac bus till base village.

07:05 Pick up at Kashimara Police Chowki,

07:10 Pick up at Fountain Hotel, Ghodbundar (Suitable for people coming from THANE)

07:30 Meet us ta Virar Phata (those who are travelling by own transport)

08:30 Reach base village, have breakfast and a short introduction session.

14:30 Reach base village and have lunch.

A Monsoon trek to Tandulwadi Fort, gives you limitless fun and adventures to open up a whole new paradigm shift. Enjoy a thrilling trek with friends & family.

Tandulwadi Fort is located near Saphale, 104 km north of Mumbai.

Tandulwadi is a fort located near Saphale about 50 km north of Mumbai, and provides great views of the confluence of Surya and Vaitarna rivers.

Tandulwadi fort was the strategically very important fort in Palghar region. It was used to keep a watch on neighboring forts and the Arabian Sea.

Tandulwadi Fort is located near Saphale, 104 km north of Mumbai. Tandulwadi is not a fully built up fort, but a series of structures spread over the top of the mountain. The fort dates back 800 years and was primarily used as a watch tower over the surrounding plains.

A trek to Tandulwadi Fort in Maharashtra will leave you mesmerized as you enjoy the rustic scenery of the place with your loved ones on your next vacation!

The fort gets its name from the base village, Tandulwadi. While the fort at the top no longer exits, do the trek for views of the Vaitarna and Surya rivers.

Tandulwadi as a fort was originally designed and held by the Portuguese. Later was also taken over by Marathas.

Tandulwadi fort is said to be about 800 years old and was used as reconnoiter fort to keep a watch on neighboring forts and the Arabian Sea.

You can climb through ridges like this one and cross over to 2 neighbouring peaks to get an even better view!

It is a Hill Fort and Monsoon is the best season to go for Tandulwadi Fort Trek. 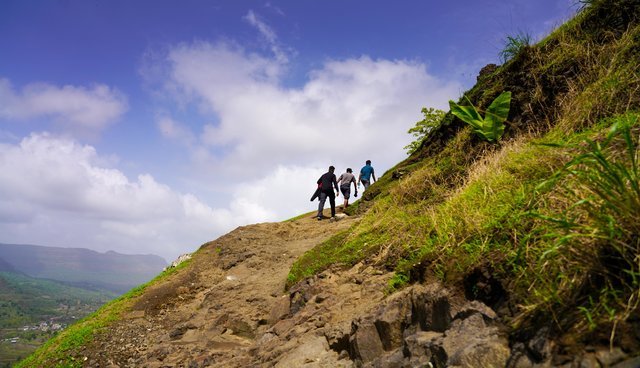