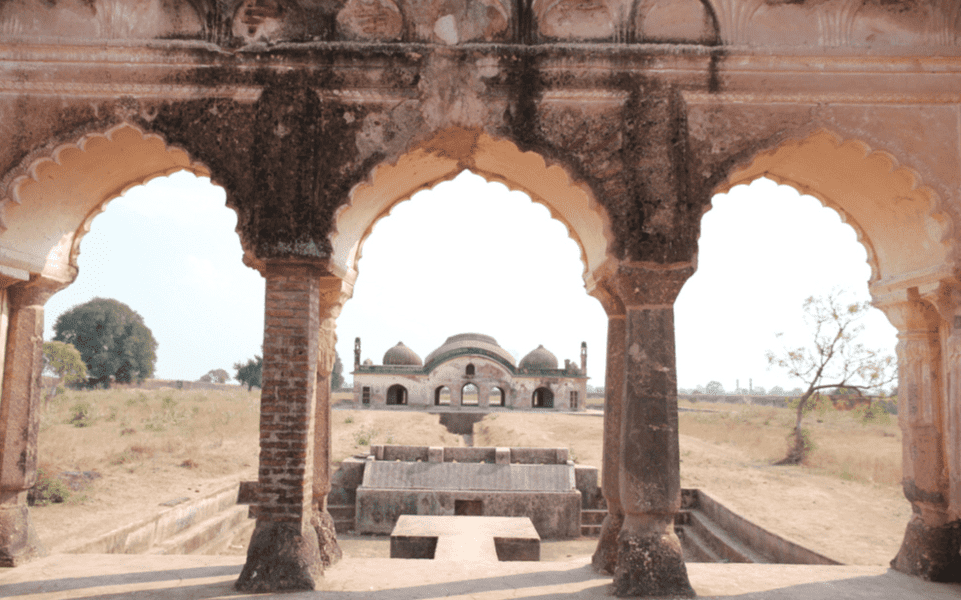 The Historic city of Burhanpur is famous for its many beautiful monuments that lie scattered across the city. Most of the monuments lie in a state of ruins but they give us a fine idea of the grandeur of the Mughal Rule. The city was considered to be the Gateway to the South. A lesser known fact about the city is that Mumtaz Mahal breathed her last in this city and was entombed across the river Tapti before her tomb was shifted to The Taj Mahal in Agra.

Ahukhana: Ahukhana is located in front of shahi Quila at the other bank of river Tapti in Zainabad. The place was Royal leisure pavilions during the Mughal time.Body of Mumtaj Mahal was buried at this place for six months. This is a very good example of Mughal architecture.

Raja Ki chattri: Raja ki Chatri is notable monument which is situated on the bank of the Tapti river about 4 miles from Burhanpur. This Chatri was constructed by the order of Emperor Aurangzeb in honour of the memory of Raja Jai Singh, the Commander of the Mughal force in Deccan. Raja Jai Singh while returning from the Deccan died at Burhanpur.

Dargah-E-Hakimi: Dargah-e-Hakimi is situated at Lodhipura village, 2 Kms from Burhanpur town in the memory of Quamili Saiyyadi & moula-e-bava Abdul Quadir Hakimm-ud-din.Thousands of pilgrims of Bohra sect visit the place from all over the world. Dargah consist of a beautiful mosque and a Haquimi garden.

Asirgad Fort: A celebrated hill fort in the Burhanpur tehsil about 30 miles ( 48 KMs.) South of Khandwa and 14 miles (22.4 KMs) north of Burhanpur on Burhanpur-Khandwa road. It is 259 Meters high from the base & 701 Meters above sea level. This is referred as the "Gateway to southern India" in the medieval history.It is consisting of three separate lines of constructions namely Asirgarh proper(Upper most part), Kamargarh andMalaygarh. Jami masjid & a Shiva temple are another architecture inside the fort. Asha devi mandir of Hindu Goddess Asha-devi is located on the hills of this village.In the vicinity of Asirgarh,there is a tomb of Shah Nomani Asiri, a saint, a believer of Sufism.Moti mahal, the burial place of Moti Begam, beloved of Shah Jahan is to the left of the fort and situated at the bank of Pandhar River.

Khundi Bhandara: Mughal rulers had constructed 8 system of water works with a vision of supplying pure water to the city. This natural system had supplied water to Burhanpur city.These water works are specimen of unparalleled construction technique and may be counted as glorious relics of theMughal engineering ingenuity and skill which entailed enormous expenditure.This was constructed in the reign of Shah Jahan and Aurangzeb.

Shahi Qila: Shahi Qila standing on the banks of river Tapti is a remarkable structure. The six storeyed structure rises over 175 feet from the river beds and housed over 4,00,000 soldiers. The palaces Diwan-i-Aam and Diwan-i-Khas were built on the terrace of the structure. The Raj Ghat was used as a base for the boats used by the members of the royal family.Shahi (Royal) Hammam : The Royal Hamam is situated in the Faruqui fort. It was constructed by Shah-Jahan, The Mughal Emperor.In the middle of the monument there is a octagonal bath-place. The bath-place was connected with the water system of Khuni Bhandara. Colorful Mughal Paintings can be seen on the ceiling of the monument.Motil Mahal : Moti mahal, the burial place of Moti Begam, beloved of Shah gJahan is to the left of the fort and situated at the bank of Pandhar River.

Iccha Devi Temple: Ichha Devi Temple is situated at Ichha village. It is located 23 Kms from Burhanpur on Burhanpur-Edlabadmain road and dedicated to the Ichha Devi.Maratha Governor made a vow to the Goddess Ichha Devi (Ful-filler of desires) that if he got a son he would build a well and a temple for the Goddess. He built a well and a temple when his desires were fulfilled.An annual fair held in Chaitra Maas (First month of Hindu Calendar) is attended by thousands of pilgrims.

Historical Gurudwara: The place is counted as an Important pilgrimage of Khalsa sect. The First and the Last Guru, Guru Nanak Devji &Guru Govind Singhji Maharaj of Khalsa sect had visited the place.Guru Nanak Devji has visited the Gurudwara located at the bank of Tapti river (RajGhat). Guru Nanak Devji has also signed the holy Guru Grantha Sahib. One can still visit the Weapons & Guru Grantha Sahib of Guru Govind Singh Ji Maharaj.The Gurudwara is approx 400 years old and counted with the Anandpur (Punjab), Patna (Bihar) and Nanded (Maharastra) pilgrimage of sikhkhas.

Please Note: Torch is needed inside the Khundi Bhandara & please avoid wearing shorts/three-fourths at the Jhamma Masjid as entry may not be permitted. 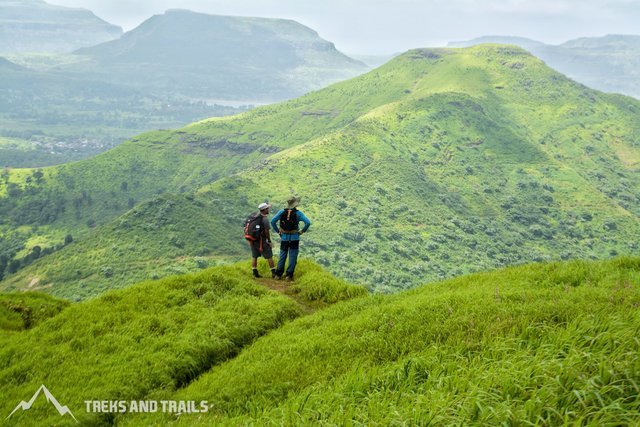