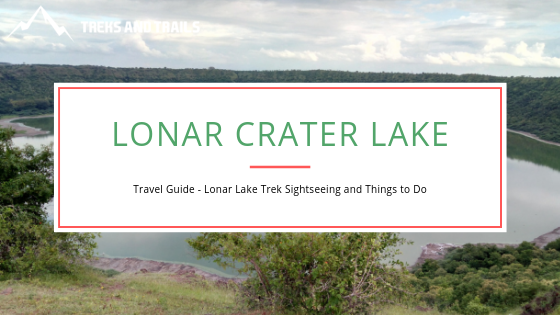 Uncover The Best-Kept Secrets Of The Lonar Crater Lake

Very few people, except the people of Maharashtra, know about the Lonar crater. After all, no one expects to see a cosmically created lake in the humble district of Buldwana. A meteor strike which happened over fifty thousand years ago created the crater. In time, water filled up the gap and led to the Lonar Lake. If you want to know more about the place, then you should continue reading.

If you want an Intro of Lonar crater, then one will say that it is an admixture of beauty, religion, and science. The perimeter of the lake amounts to six kilometers. The exciting thing about this lake is that it still hides a few secrets. There are many aspects of this water body that explorers are yet to uncover. The on-road distance between Mumbai and this lake is around four hundred and seventy-four kilometers. This lake is the best place for locals to go on a weekend adventure.

How to get there

As already mentioned, for Reaching Lonar crater, you have to travel eight kilometers from Mumbai. Everybody knows that Mumbai is the economic capital of India. Naturally, you can get here from anywhere in India. It doesn’t matter what mode of transportation you choose. Flights to Mumbai are available daily, as well as trains. It is also possible for you to commute using your own vehicle.

The diameter of the Lonar Lake is around two kilometers. So, it is understandable that it won’t take you long to complete a trekking trip. For a Stay at Lonar crater, you have to book a hotel in Aurangabad. Aurangabad is a prosperous city and has been so since the ancient days. Aurangabad is also famous for its temples and shrines carved out of mountains.

The Best time to go at Lonar crater is the winter season, between November and January. Winter creates an ideal atmosphere and weather for you to enjoy your trip here. The summer season lasts between March and May. At that time, the heat gets almost unbearable. Summer temperatures often rise over forty-two degree-centigrade. That is why you must avoid visiting this place in the summer.

As already mentioned, the locals often travel to the lake of Lonar. However, the surprising thing is that they ignore this natural wonder. They pay more attention to the temples in the region because Lonar is a town for pilgrims. Everywhere you turn, you will spot ruined temples. Hiking around this water body attracts the more adventurous tourists. However, no one should ever touch or splash the water of this lake. There is alkali in the water, and it can burn your skin. Circumnavigating the lake is one of the best Things to do at Lonar Crater.

You should try your luck at Mumbai or Aurangabad. There you will get the real taste and flavor of Local food at Lonar crater. There aren’t many options for food-enthusiasts in Lonar, as there are only a few restaurants. You may even come across a couple of food stalls. However, Lonar doesn’t have any significant food culture. So, you can’t expect anything special here.

There aren’t many advisory Tips for viewing Lonar crater. Since the area is prevalently religious, you should remember to be respectful. You may find many other people who are pilgrims. So, foreigners should consider wearing appropriate clothes if they wish to explore Lonar. As already mentioned, everyone should refrain from touching the water of the lake. It can burn your skin.

Among the Other famous places near Lonar crater, there are some temples. You should pay a visit to the Gomukh Temple and the Daitya Sudhan Temple. The Gomukh Temple is close to the boundary of the water stream. Devotees who visit this shrine consider it holy. If you keep your eyes peeled, then you can spot langurs, snakes, deer, mongooses, and foxes. The Daitya Sudhan Temple is a dedication to Lord Vishnu. The builders of the Chaitya Dynasty created this temple between the sixth and twelfth centuries.