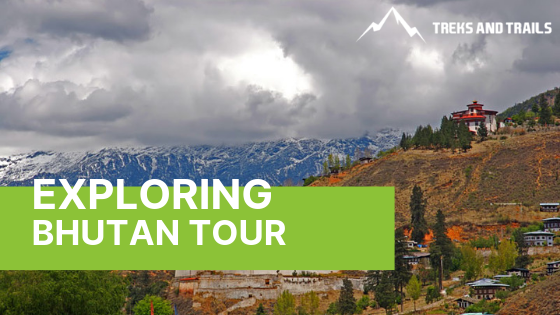 Bhutan Tour, also known as the ‘Land of Thunder Dragon,’ is a sovereign state in South Asia. It is a landlocked zone that stands in the Eastern Himalayas. The people’s Republic of China borders it from the north while India occupies its southern, eastern, and western limits. The landscape consists of lofty and steep mountains and rivers crisscross throughout the nation forming deep valleys. This country has the biggest unclimbed peak in the world, called Gangkhar Puensum. Its altitude is 24,836 ft.

Have you been craving to go to Bhutan? You may have Bhutan in your travel bucket list, and undoubtedly, it is not an ordinary place. This destination is mysterious and has a magical touch. Bhutan Tour is an amalgamation of traditional culture as well as global developments.

Gain firsthand knowledge by going through Intro to Bhutan tour. In recent times the number of tourists visiting Bhutan has grown by leaps and bounds.  Tourism was highly regulated in this part of the world, and it was only in 1974 that the ban was lifted on foreigners. The objective was the promotion of the traditions of Bhutan to the rest of the outside world along with raising revenue from the tourism sector. The government of Bhutan is interested in preserving the unspoiled beauty of Bhutan. To encourage high-quality tourism, they have imposed restrictions on tourism.

Reaching a Bhutan tour is possible through licensed tour operators either by getting in touch with them directly or by working through overseas agents. All tourists have to take guided tours or opt for custom-designed tours. You can reach this nation by different options such as air, train, or by rail.

Most of the countries have direct flight connections to Bhutan. By air, you can reach through Paro, which is the only international airport.

You can avail of a taxi, bus, or other local transportation to enter the land borders. The borders which are available for tourists are Geleph, SamdrupJongkhar, and Phuentsholing.

You will not be able to get a direct train route. You will have to reach a specific station and then avail of local transport or cab facilities.

One of the well-kept secrets of the continent of Asia is the Forbidden Kingdom. Plan your stay at Bhutan tour inappropriate accommodation to catch the alluring beauty and also to get an exposure to the rich culture.

You can pick your choice of hotel by going in for three stars to five-star hotels. Keep in mind that you will be able to stay only in those hotels which are tourist approved.

The spa resorts have grown in popularity, and you can select from a wide array of resort-type accommodations.

If you want to know about the lifestyle of the local people in this part of the world, then you can opt to stay in any of the farms. You can even stay with any of the local families.

The altitude variations of this nation nestled in the Himalayan kingdom bring about diverse climatic changes. If you want to experience the sunny weather, then the Best time to go to Bhutan tour is from October to December.

Things to do at Bhutan tour

You can go in for a bike ride through the hilly region surrounded by scenic beauty. You can indulge in numerous Things to do at Bhutan tour, including adventure sports such as rock climbing, rafting, and trekking. Do not miss out on the opportunities of birding or catching wildlife in action.

Try out some of the Local food at Bhutan tours such as Ekadashi which is a blending of cheese and chilies and the fermented drink called ara. Do not forget to taste the red rice, which is rich in mineral content. The dumplings are stuffed with vegetables, beef or pork and are a culinary treat.

Have a memorable vacation by considering Tips for viewing Bhutan tour. During the peak tourist period, the tariff costs may be steep. If you have a budgetary constraint, then you may prefer to travel in the off-peak period. Take the seasons into account while planning your trip.

Other famous places near Bhutan tour

Tiger’s Nest Monastery is one of the most sacred sites and hardly takes a few hours of climbing. If you want to have a challenging experience, then you should try trekking. Visit the Other famous places near Bhutan tour while enjoying the beauty of natural wonders and viewing the ancient monasteries along the way.