Water resources One can get water near Sonale lake. A drinking water facility is available on the Fort. The best months to visit the Fort are from October to February. Winter season is preferred as the best time to visit the Fort. As the temperature is low and the weather makes the site prettier. Stay is available for free at the resting house on the Fort do reach before five pm. There are many food stalls available near the parking area of the Fort. You can combine the Fort visit with the Kaas Plateau visit and Thoseghar Waterfall during monsoon. Ideally, visit the place on weekdays to avoid the huge rush and find accommodation at the stay on top of the fort. Fort is open for pilgrims from 05:00 am to 09:00 pm every day. After 9 pm exit or entry is strictly restricted. Lunch and early dinner are served to devotees every day free of cost as Prasad by Shri Ramdas Swami Sansthan. On Shiv Jayanthi devotees visit the fort in thousands to pray and seek blessings. 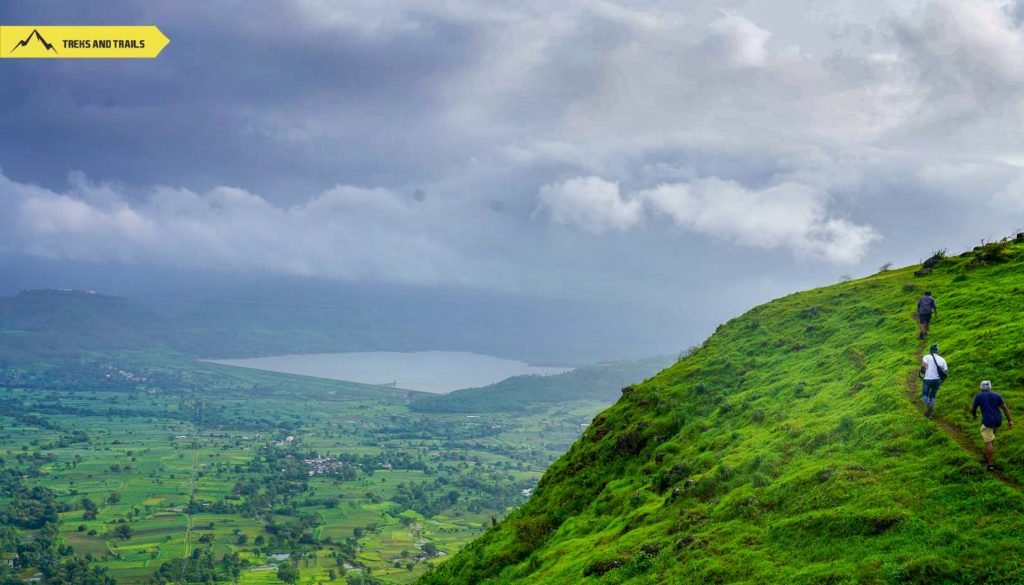 The Fort is a very important spot. Its history tells us that this was the last place where Sant Ramdas resided in India. A major reason why Sajjangad is famous. The place is now an important pilgrim spot. The history of the Fort says that Bahamani rulers built the Fort. In 1527 the Fort was in the Adil Shahi dynasty's hands, which was later captured by Chhatrapati Shivaji Maharaj on 2nd April 1663. The Fort was called "Navrastara", which was named by the Marathas after re-capturing it from the Mughals on 6th June 1700. The Fort was under the Marathas until the British came in power in 1818. The trail is well marked and maintained. Steps are formed throughout the trek until the entrance of the Fort. A hanuman idol is present on the left as soon as you begin with the trek. There are, in total, 11 Maruti idols present throughout the trail. Sant Ramdas set up these idols, and names of the places are also mentioned below the idols where the actual temple is present around the Fort. Sant Ramdas himself placed a Maruti idol in between the trail, which is now a small temple on the left side. The whole route to the gate of the Fort is well maintained and easy to go. Railings are placed on either side of the trail, which helps the elder ones visit the Fort.

The main entrance door is known as "Chhatrapati Shivaji Maharaj Mahadvaar," followed by another door known as "Shree Samarth Mahadvaar." The Fort is an incredibly amazing site to visit. There are several temples, the memorial of Sant Ramdas, a special place for the visitors to have food, and many more. It takes about an hour to explore the Fort fully.